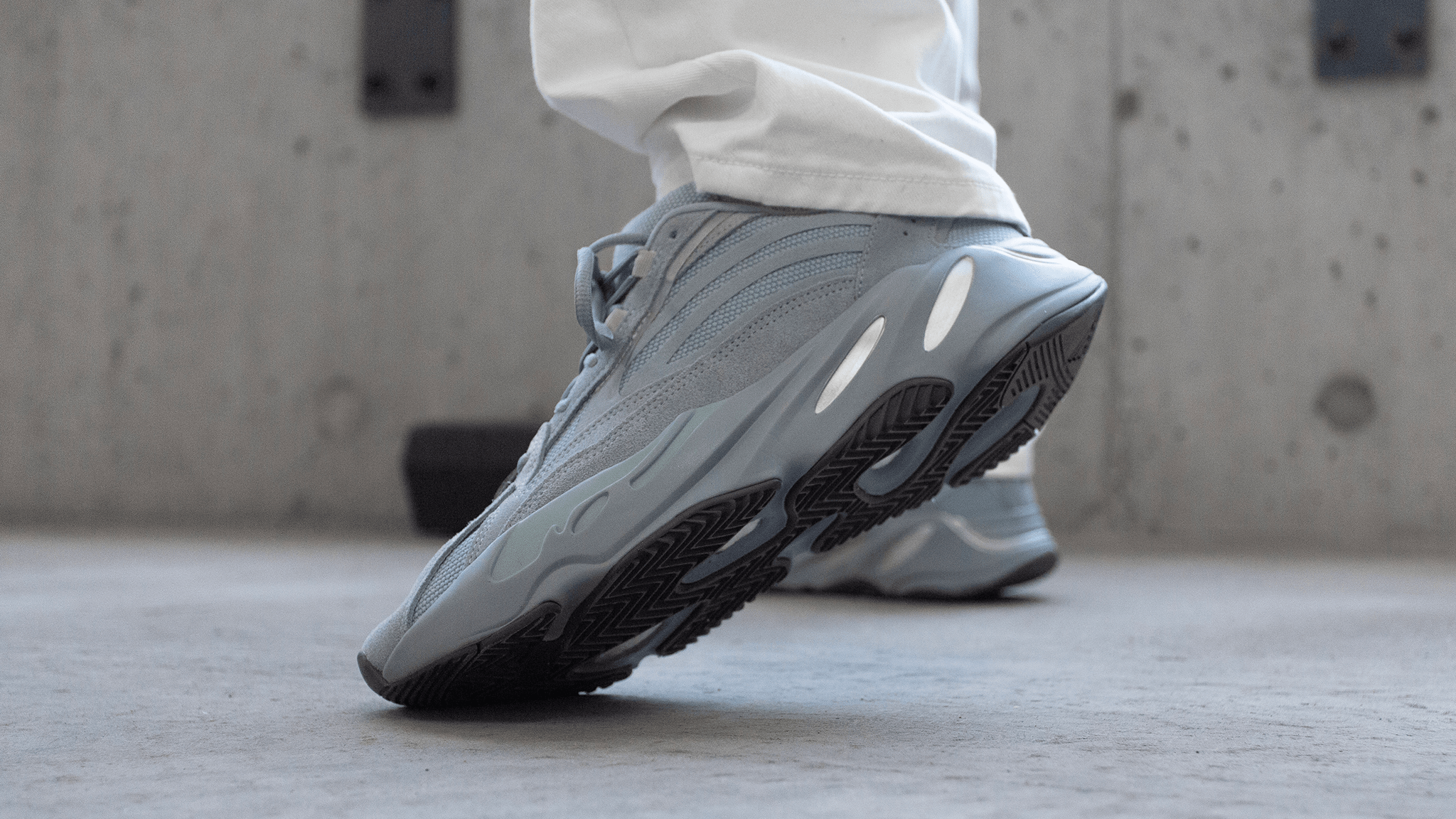 With the release of the YEEZY BOOST 700 V2 “Hospital Blue” quickly approaching, we are giving you an exclusive first look at the shoes on feet. As previously reported in our first look at the sneaker, the upcoming release features a colorway reminiscent of the “Salt” and “Inertia” colorways, best described as a soft blue grey with grey undertones, featuring a charcoal outsole and silver accents.

Similar to the existing YEEZY BOOST 700 V2 "Vanta" release, the “Hospital Blue” features 3M hits on the toe box and midfoot, with the most prominent being the triple stripe across the side. The “Hospital Blue” also features the typical mesh and suede construction that is synonymous with the YEEZY BOOST 700 V2 silhouette, as well as an enclosed full-length BOOST midsole.

The YEEZY BOOST 700 V2 “Hospital Blue” is still priced at $300, and set to release on September 28th, just one day after Kanye’s set to drop his next album, "Jesus Is King".

Keep it locked to YM and all our social media channels for all updates on all things YEEZY.