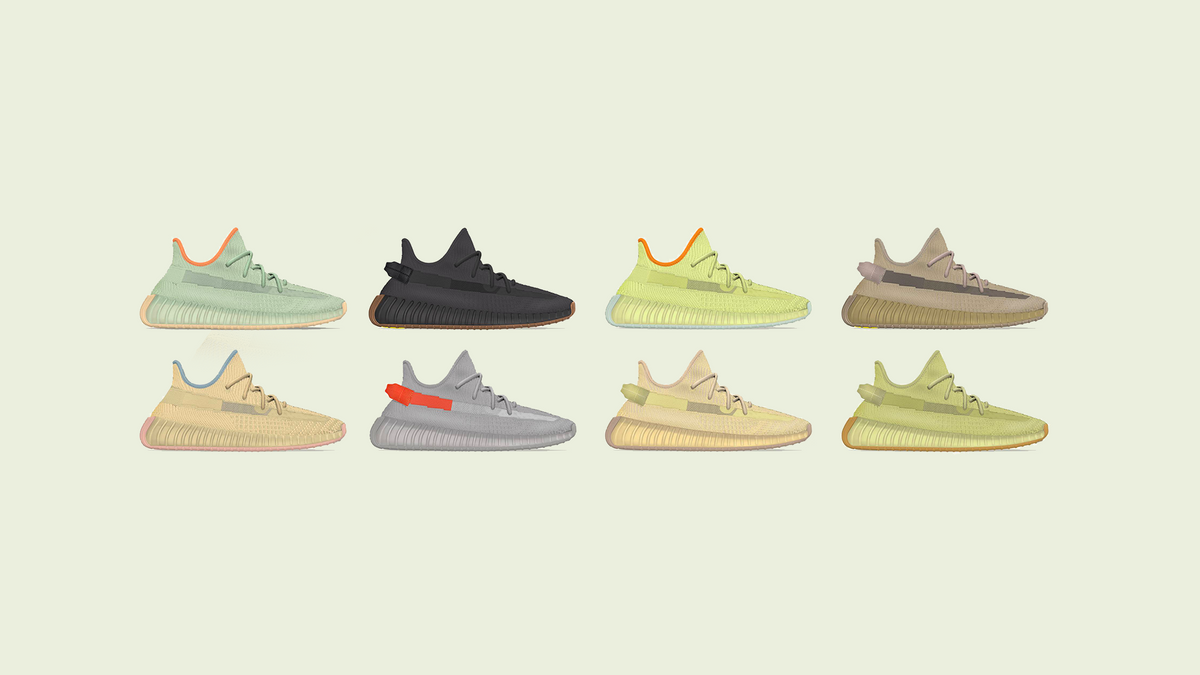 The YEEZY BOOST 350 V2 is set to have an incredibly good season, with multiple colorways dropping throughout the season – the majority of which, take on a more natural and organic style compared to 350 V2 releases prior.

The first YEEZY BOOST 350 V2 on the list above is the “Desert Sage”, which features a mint green primeknit upper, fused to a light gum outsole and a vibrant orange sockliner reminding MA-1 flight jackets – March.

Next is the “Cinder”, which features a dark grey primeknit upper, almost like a shade of charcoal, fused to a gum outsole and a vivid yellow pod – March.

Next is the “Marsh”, featuring a lime green primeknit upper, mated to an brownish orange sockliner and a light blue outsole – TBA.

After that is the “Earth”, which features a light brown upper, a darker brown stripe through the primeknit upper, and darker brown gum outsole, which has undertones of an earthy tone of green – TBA.

Next is the “Linen”, which has a light brown, almost yellow upper, mated to a bluish grey sockliner, and a light gum sole – April.

The next sneaker is the “Tail Light”, which features an all-over grey construction, with the pop of color throughout the sneaker being the vibrant orange pulltab at the rear of the sneaker, which can also be seen through the semi-translucent stripe across the side of the sneaker– TBA.

Finally, we have the “Sulfur”, which mates a olive green upper to a gum sole – TBA.

All the sneakers that have been listed will feature a full-length enclosed BOOST midsole, as with all other YEEZY BOOST 350 V2 sneakers, and all are set to retail at $220 throughout Spring 2020 alongside their reflective stripe versions, some might be available early on StockX so keep an eye on their website in the upcoming weeks.

For more updates on the YEEZY BOOST 350 V2, and all things YEEZY, keep it locked to YM, and all our social media channels. 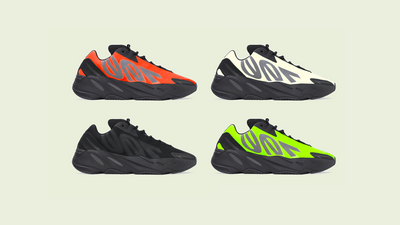 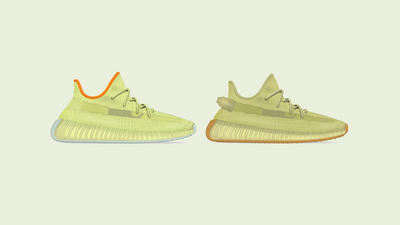