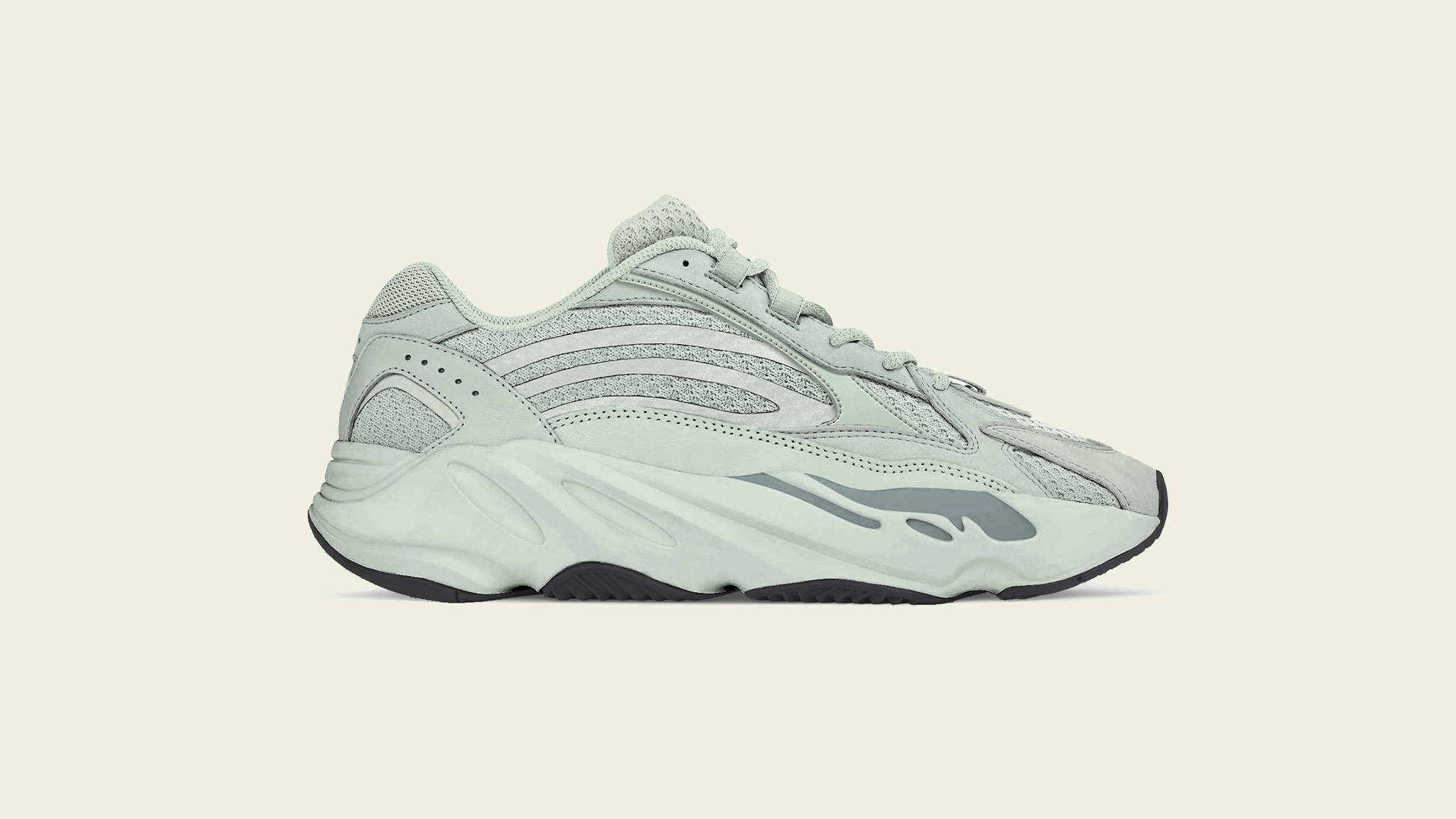 Following the reveal of the YEEZY BOOST 700 V2 "Inertia", here’s another style of the model on the way.

With the YEEZY BOOST 700 V2 "Hospital Blue" the brand introduces a new colorway similar to the Salt, which could be described as soft mint with a gray undertone. Both, the upper and the midsole are mostly dressed in the hue, while some gray color splashes were added to the midsole. Just like the "Static" the YEEZY BOOST 700 V2 "Hospital Blue" stands on a black outsole, meant to round up the rather bright sneaker. Further details are added through the 3M-details such as the three curved stripes on the side panels. The afore mentioned is the only thing that reminds of adidas branding, while the rest of the "Hospital Blue" is kept free from logos.

Besides the shape and the color combination, the shoe features the model’s characteristic leather layering on a mesh base. Comfort is provided by hidden full-length BOOST-technology framed by the earlier described, visible midsole with debossed details. Releasing September 28th for $300.

Follow us on social media for any news on all things YEEZY and don’t forget to check out the soon to be released YEEZY BOOST 700 V2 "Inertia".