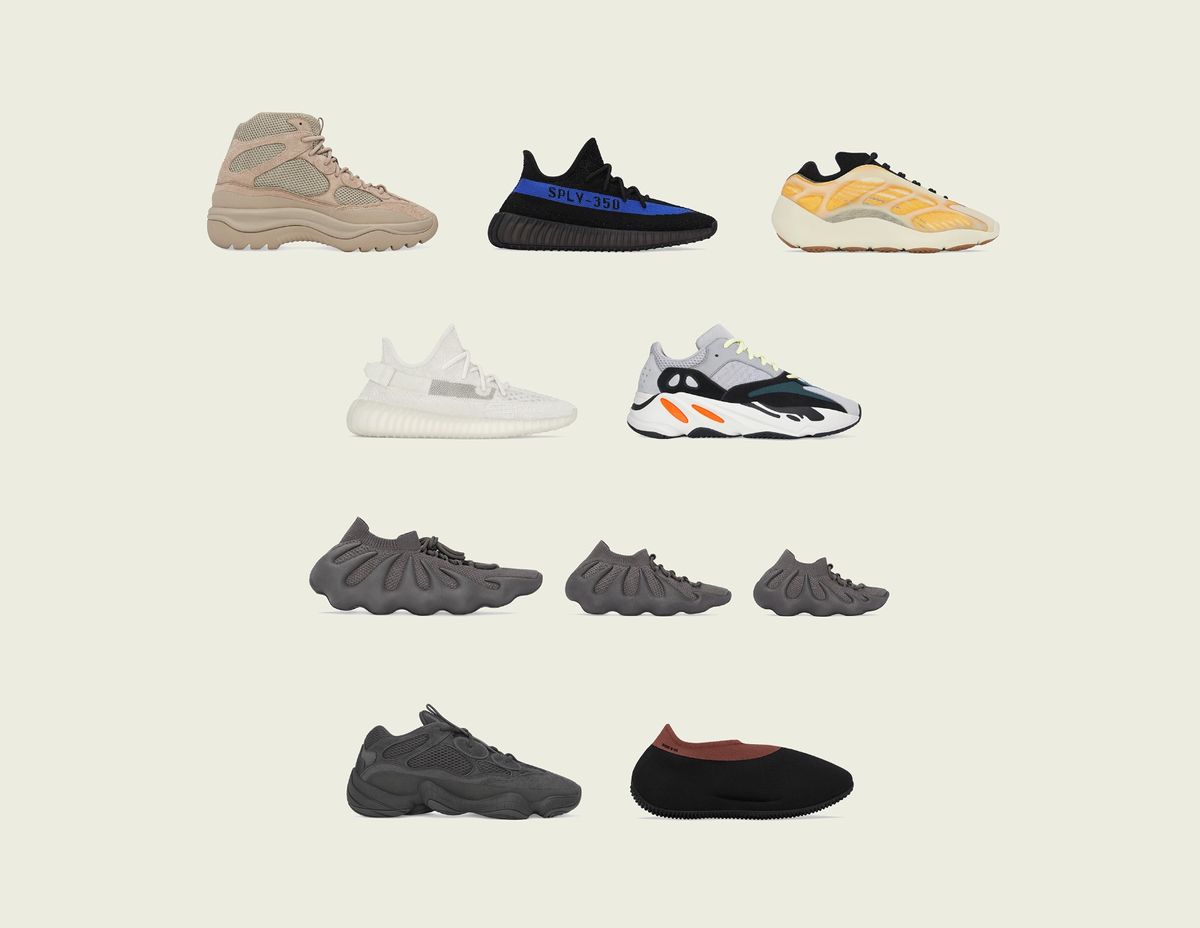 Following up on the first batch of YEEZY releases for this month, YM has the list of sneakers set to drop throughout the rest of the month.

Coming up first is a re-release of the YZY DSRT BT in the "Rock" colorway.

The "Rock" is not expected to feature any changes from its initial release in mid 2019, meaning that we'll be seeing a military inspired silhouette which features a sandy brown mesh and suede upper which is mated to a rugged rubber sole.

Up next is a re-release of the YEEZY BOOST 350 V2 "Core Black/Dazzling Blue".

The YEEZY BOOST 350 V2 "Core Black/Dazzling Blue" features a jet black primeknit upper with a royal blue stripe that cuts through the midfoot portion of the sneaker before beginning to taper off near the toebox.

The sneaker also features the 'SPLY-350' branding, which was featured prominently on earlier YEEZY BOOST 350 V2 models, such as the "Beluga".

The sneaker also features an enclosed BOOST midsole, just like all other YEEZY BOOST 350 V2 models.

The YEEZY BOOST 350 V2 "Core Black/Dazzling Blue" will be re-releasing exclusively in the European market on March 17th, at a retail price of $230.

Following closely behind the "Core Black/Dazzling Blue" is the release of the YEEZY 700 V3 "Mono Safflower".

The "Mono Safflower" is a remixed version of the YEEZY 700 V3 "Safflower" that released in late 2020, featuring a very similar appearance with streaks of pale yellow stretching across the primeknit upper. This upper is then mated to a gum sole.

The big differentiating feature between this sneaker and the original "Safflower" is the rubberized skeletal cage that surrounds the primeknit upper. On the original model, this is colored eggshell white and glows vibrant green in the dark, while the "Mono Safflower" features a translucent cage that glows a warm orange when the lights go out.

The "Bone" features a snowy white primeknit upper with a sole unit that is color matched to it. Upon first glance, the sneaker appears to be highly similar to the immensely popular YEEZY BOOST 350 V2 "Triple White", though the "Bone" features a slightly different primeknit pattern alongside a transucent stripe that stretches across the sneaker. The "Triple White" is also a much creamier white compared to the "Bone".

Like all YEEZY BOOST 350 V2 models, the "Bone" features an enclosed BOOST midsole.

Next release of the month is a re-release of one of the most well-known and celebrated YEEZY models - the YEEZY BOOST 700 "Wave Runner".

The sneaker almost needs no introduction, with the mix of vibrant oranges and pale yellows contrasting perfectly with the monochromatic greys and blacks featured all over the sneaker.

The sneaker will continue to feature the high quality materials that the YEEZY 700 family uses, meaning we'll be seeing mesh, leather and suede throughout the construction.

As with all YEEZY BOOST 700 models, the "Wave Runner" features an incredibly comfortable enclosed BOOST midsole.

The YEEZY BOOST 700 "Wave Runner" splashes back onto storefronts on March 22nd, at a retail price of $300. If you don't want to wait around for the release, you can pick up a pair right now over on GOAT or Flight Club.

Coming shortly after the "Wave Runner" is the release of the YEEZY 450 "Cinder".

The name of the sneaker accurately reflects the appearance, with the "Cinder" featuring a light grey primeknit upper mated to the typical exoskeleton-esque sole unit found on all YEEZY 450 models.

Like all YEEZY 450 models, the "Cinder" uses a moulded EVA foam sole unit.

The YEEZY 450 "Cinder" will be releasing on March 24th at a retail price of $200, and will be available in full family sizing.

Next up is a re-release of the YEEZY 500 "Utility Black".

As the name suggests, the "Utility Black" features an all over charcoal apperance. The model will not feature any changes from its original releaase, and features the same contruction used in the majority of YEEZY 500 sneakers. This means we'll be seeing an upper that mainly consists of mesh and suede.

The YEEZY 500 "Utility Black" will be re-releasing exclusively for the Chinese market on March 25th at a retail price of $200.

The final release of the month is the YZY KNIT RNR "Stone Carbon".

The release of the "Stone Carbon" marks the wider release of the YZY KNIT RNR silhouette, which saw a limited release in late 2021 in the "Sulfur" colorway.

The "Stone Carbon" features a single piece upper which is mainly colored a dark slate grey, with an area of dark brown surrounding the sockliner area of the clog based sneaker. The model also features the sizing information of the sneaker in black block capitals near the sockliner.

All the sneakers mentioned can be grabbed over on the Adidas Confirmed app, the Adidas website and YEEZY SUPPLY, alongside selected retailers.

That finishes up the YEEZY drops for March 2022 - are there any sneakers that you'll be picking up? Be sure to let us know through our social media channels - and for updates on all things YEEZY, keep it locked to YM. 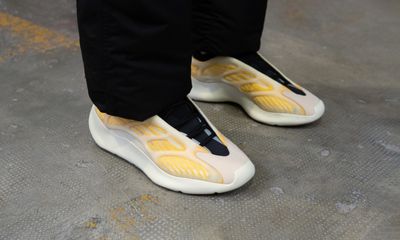 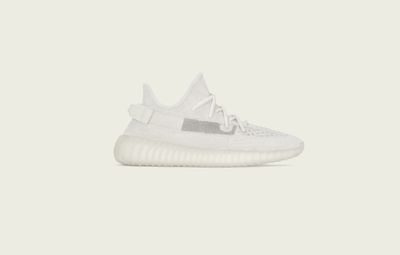 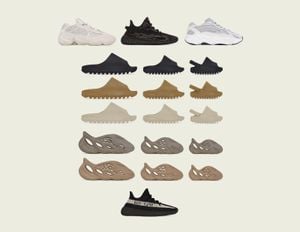 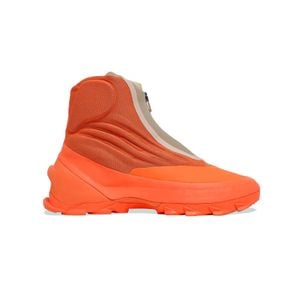 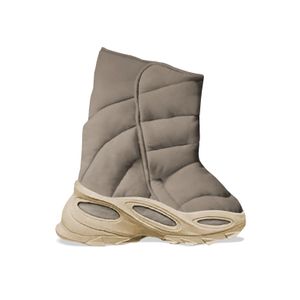